A collection of old photos, take you through time and space, through the development of ZRJ series products

Xu Jun graduated from Shandong Engineering Institute (now part of Shandong University) with a major in radio in 1982.After graduation,he was assigned to work in the Quality Management Department of Xinwen Tool Factory,Xintai City,Shandong Province.In that era when technology and talents were extremely scarce,XuJun was entrusted by the factory with the important task of tackling technical prublems related to computers,automatic control and electronic equipment.

In the process of tackling the technical difficulties,he found that the production of various tools,measuring tools, gears and other products needs to go through the heat treatment process,and there are a large number of calibration requirements for thermocouples and secondary instruments.At that time,the thermocoulpe verification work completely completed by experienced technicians.Although the repeatability was strong,there were problems such as cumbersome operation,complicated calculation,low efficiency and error-prone.Xun Jun noticed this urgent need to change the situation and came up with the idea of developing a fully automatic thermocoulpe calibration device.

1. In 1986,the Research and Development Goal was Determined 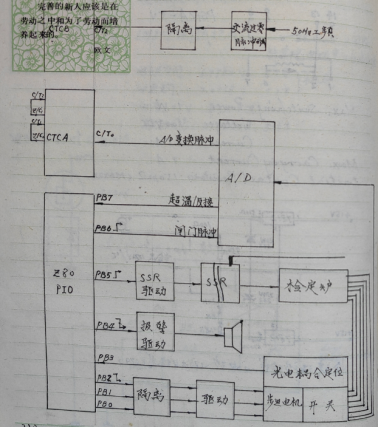 2.From 1987 to 1990, the Arduous Early Research and Development Process

In the 1980s,computers were still scarce equipment,and technicians with experience in the application of single-chip microcomputers were even rarer.With limited reference materials,Xun Jun systematically learned assembly language and independently wrote a real-time operating system that can be applied to the TP801 single-board computer.Subsequently,through a large number of experiments,technical diffculties such as electrical measurement,PID algorithm,scanning switch,and floating-point operation have been overcome.At that time,there was a lack of technical literature and debugging tools.Various problems in the experiment and programming process could only be solved by means of a large number of formula derivations and manual verification.The research and development work was extremely difficult.Special thanks to Mr.Zheng Fang from China Institute of Metrology and Mr.Pan Shengming from Shandong Institute of Metrology for their selfless help independently complete the automatic calibration of multiple temperature point of thermocouples without a computer and a digital meter.

The following are some of Xu Jun's original design manuscripts: 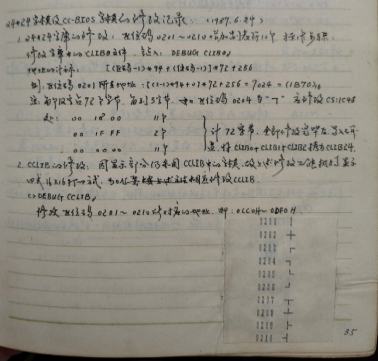 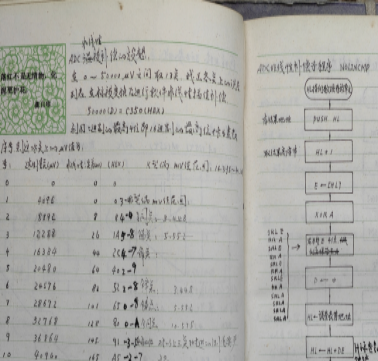 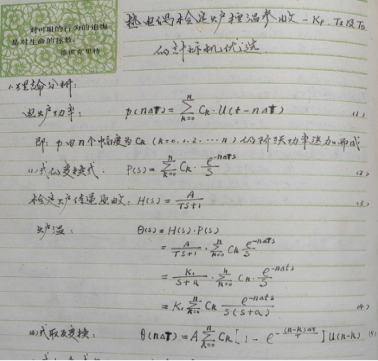 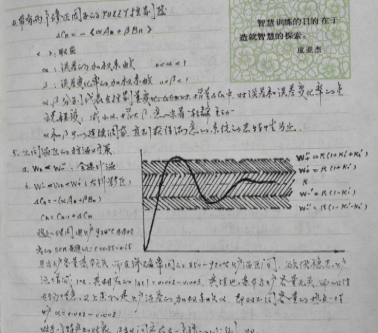 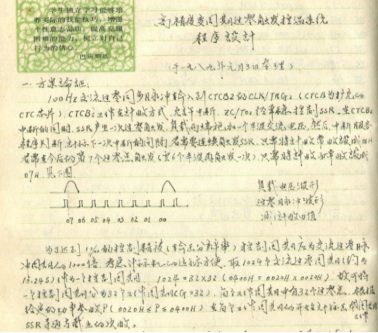 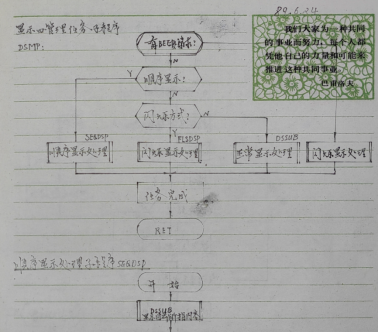 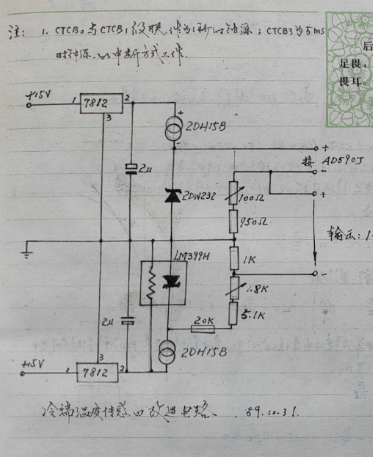 3. From 1991 to 1992, the Tai'an Intelligent Instrument Factory was Established

After the successful development of the integrated thermocouple automatic calibration device, Xu Jun saw its potential market prospects and proposed to Xinwen Tool Factory the idea of further optimizing the prototype and carrying out mass production.However, the factory was limited by its business scope and only agreed to treat it as a technical transformation project.After careful consideration, Xu Jun resigned from Xinwen Tool Factory.In 1992, with the support of Tai'an Coal Bureau, Xu Jun established the Tai'an Intelligent Instrument Factory, and clearly put forward the long-term development goal of researching, developing and manufacturing intelligent and automatic calibration devices for the temperature measurement industry. 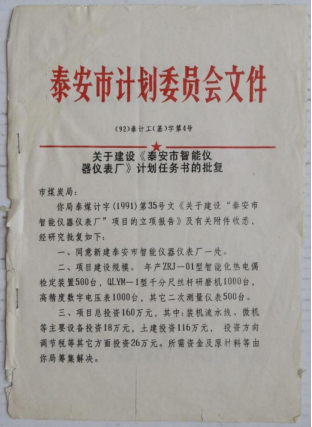 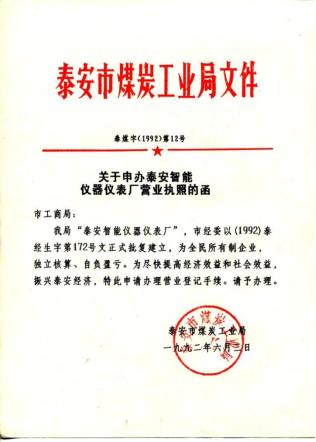 At the same time, Xu Jun continued to improve and perfect the function of the thermocouple automatic calibration device, established and led the team to formulate enterprise standards and production processes, paving the way for mass production and market introduction of products. 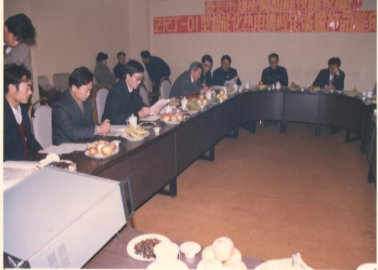 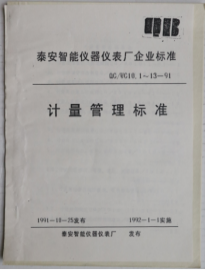 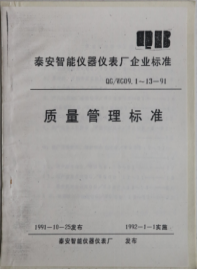 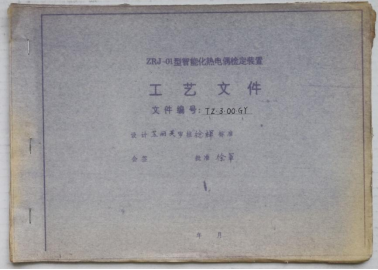 4. At the beginning of 1992, the first ZRJ-01 Intelligent Thermocouple Calibration Device in China was Launched 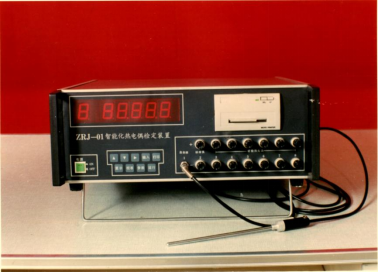 The designed and finalized product is finally named ZRJ-01 intelligent thermocouple calibration device (ZRJ comes from the initials of the Chinese pinyin of intelligence “Zhineng”, thermal engineering “Regong” and calibration “Jianding”), and its technical characteristics are as follows:

1.The Z80 single-chip microcomputer is used as the processor and has a real-time task operating system.

3.It supports the editing of calibration tasks including up to 8 temperature calibration points,during the task execution,processes such as temperature rise,constant temperature,stability judgment,date sampling,and data processing can be automaticall completed according to the order of temperature points.

5.The measurement part is built with discrete components, adopts the V/F measurement principle, uses the LM339 constant temperature reference as the main reference, and automatically calibrates before each inspection. The mV measurement can reach the performance of a 5½-digit digital multimeter.

6.The 6-digit digital tube is used as the indication of data and various states, and with the mechanical buttons, basic settings and viewing operations can be performed.

7.An integrated thermal printer is used as a data output unit to print out the final calculation results. 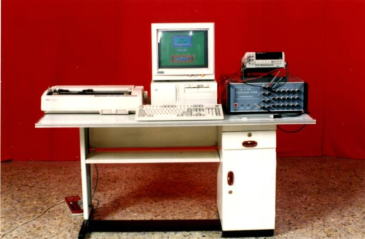 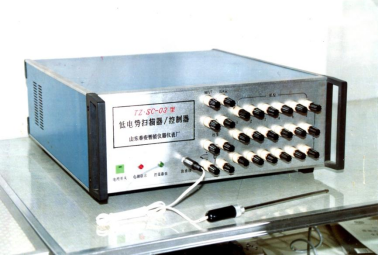 From 1994 to 1995,desktop computers were gradually popularized in China,and the emergence of windows 3.1 and Windows 95 operating ststems made graphical operations feasible.With the opening of the domestic market,the price of 6½-digit digital multimeters is no longer out of reach.

In order to further reduce the uncertainty of the verification results and make the operation process more user-friendly, Xu Jun led the technical team to change the design idea, and used C++ language to write the first-generation thermal instrument verification software based on windows system,In terms of hardware,the original integrated automatic calibration device is divided into three parts: computer,scanning controller,digital multimeter,and it is named as ZRJ-03 intelligent thermal instrument calibration system,Although it has undergone many improvements in the later period,this basic structure has continued to this day,and has had a profound impact on the development process of domestic thermocouple and thermal resistance automatic calibration systems,and it is still the mainstream structure of such products until today.

Note: Three models are planned in the early stage

6.In 1998, participated in the drafting of JJF 1098-2003 "Calibration Specification for Auto-measuring System of Thermocouples and Resistance Thermometers"

With the relevant products gradually mature, and recognized by the market. In 1998, Xu Jun participated in the drafting of JJF 1098-2003 "Calibration Specification for Auto-measuring System of Thermocouples and Resistance Thermometers" on behalf of Taian Intelligent Instrument Factory. 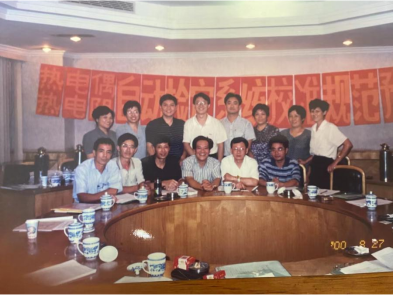 ▲In 1998, Xu Jun (second from left in the front row) Participated in the Drafting of the Specification

In 2003, with the tide of state-owned enterprise restructuring, Xu Jun established Tai'an Panran Measurement and Control Technology Co., Ltd. on the basis of the original team of Tai'an Intelligent Instrumentation Factory, and began to reform the R&D team according to the organizational structure of a modern enterprise,Lay the foundation for the continuous strengthening of Panran's R&D capabilities.At the same time,ZRJ-03 intelligent thermal instrument calibration system formed the second generation product on the basis of iteration and innovation. 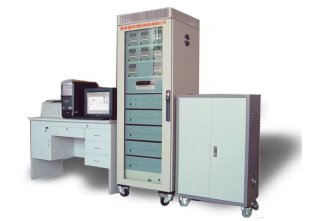 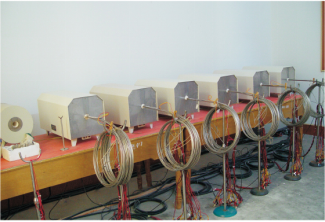 The period from 2006 to 2014 was a critical period for Panran to form technology accumulation.Through the construction of the early R&D team,Panran's R&D force was continuously strengthened,and the types of R&D products were continuously enriched.Focusing on reducing the uncertainty of the system,the R&D team has comprehensively upgraded the ZRJ-03 calibration system from the inside to the outside on the basis of enriching supporting products,and in September 2014,the upgraded ZRJ-03 series intelligent thermal instrument calibration system was launched.

10. On the Occasion of the 30th Anniversary of ZRJ series Products, a New Generation of ZRJ-23 series Automatic Temperature Calibration System will be Launched soon 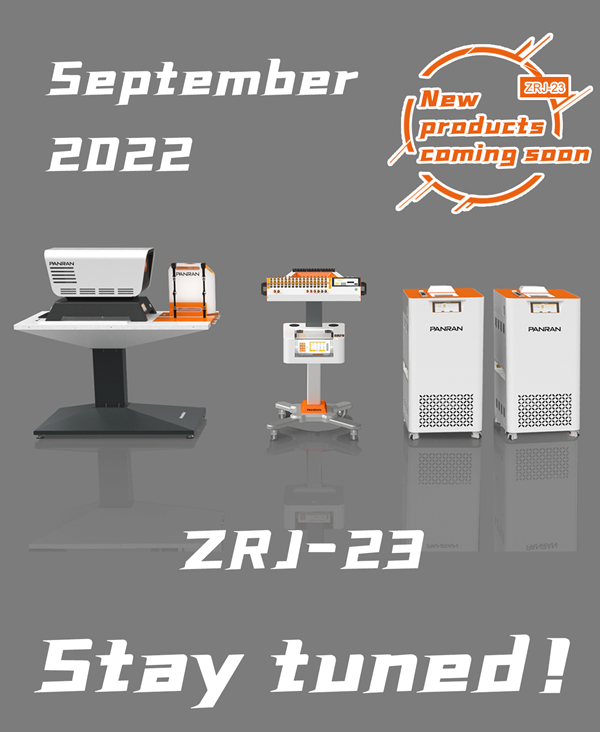